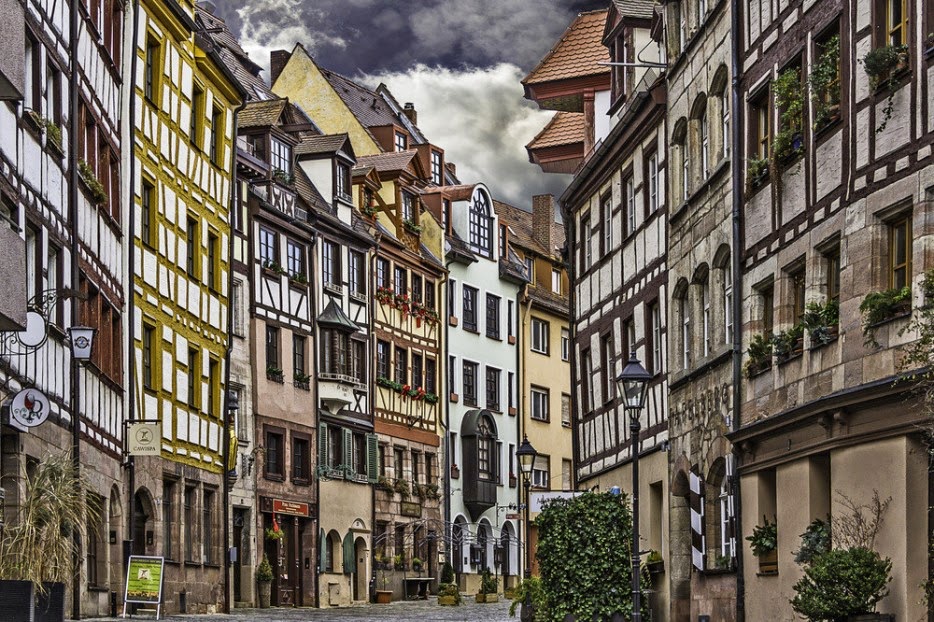 The capital of Saxe-Bearstein was not unknown to Paul Ehrgeiziger, but it had been several years since he’d visited the city. However it didn’t take long to locate the university, and the college porter guided him to the Great Hall.
Paul had chosen his moment well, for the midday meal at High Table had finished some little time before. The faculty were in the process of dispersing about their afternoon schedule, and the porter approached the Chancellor with a bow. “Baron Ehrgeiziger to see you sir.”

The Chancellor, a full-fleshed man with a sumptuous full-bottomed wig squinted at the porter then Paul through a pince-nez. Paul and he exchanged bows. “Welcome to our university, dear baron,” the Chancellor said. He looked rather vague. “Forgive me, but I was not aware you were due to call upon me..?”

“You must forgive my not making a proper appointment, sir. I had occasion to be in your fine city and took the opportunity to visit you. I had a friend here, Professor Knappenburger.”

Paul nodded. “I am indeed aware of my poor friend’s untimely demise. I am also aware that his servant decamped with some of his possessions.”

“Ah, yes. His fellow Pietro seemed trustworthy and few here had anything bad to say of him – up to the time he vanished.” He scowled. “It reflected poorly on the rest of the servants.”

“I’m sure it did, and without foundation for blame. Would you describe this Pietro, and say from whence he came?”

The Chancellor rubbed his chin, dewlaps wobbling. “Of average height, dark, swarthy, somewhat of a gypsyish look.” He touched the left side of his neck. “He had a white puckered scare just visible here. I saw it once when he had his collar undone on a hot day. As for his origin, I believe he claimed to come from Padua.”

“I see.” Paul nodded. Just as I thought! “Well, sir, this man is known to me by reputation. He’s a rapscallion of the first water by the name of Bartolomeo Gundaker. He’s wanted in several states for espionage, theft – and murder.”

The Chancellor looked pale. Paul took him by the elbow and drew him aside, out of earshot of others of the faculty bustling nearby. “Naturally I can trust your discretion. A matter of great weight hangs upon Professor Knappenburger’s last works, dear Chancellor. It concerns a young lady’s fortune and future happiness.”

The Chancellor frowned and nodded. “Do go on.”

“Professor Knappenburger sent a document to this young woman, which we are sure was forged. I detected the hand of the wretched Gundaker in the work.”

“Indeed. I seek to rectify the damage inflicted upon the good lady, but to do so requires your assistance.”

“Name it, sir, and if it’s within our powers it shall be done. I wish to remove any stain that may besmirch our good name.” He shuddered. "To think we harbored such a reptile in our bosom!"

“I must view any and all documents remaining from Professor Knappenburger’s papers.”

The Chancellor looked troubled. “I would be happy to oblige, dear baron, but before I can allow you to view these papers I would require some means to verify your identity.”

Paul produced his warrant from the Margravate security bureau, along with a covering letter from Ursula. “I need not point out the young lady’s name must not be spoken of in connection with this matter.”

The Chancellor examined the letter. “Just so. These seem to be in order. If you’ll accompany me, we shall go to the late Professor’s chambers directly. I had them locked and sealed after his death, but it seems he has little in the way of family. It’s proving hard to locate a person who can claim his effects, and frankly, the university could use his chambers...”

“The next stop on my itinerary brings me close to Hetzenberg. I’ll see what I can do for you.”

The Chancellor led the way into the faculty chambers of residence and up a flight of stairs. Once they reached the late professor’s door on the top landing he wheezed to such an extent Paul feared he would expire on the spot. The Chancellor mopped his brow with a lace kerchief and grimaced. “I’m not accustomed to such exertion these days, alas.”

Eventually the Chancellor produced a set of keys and tried them in the lock. “I keep them with me at all times. Security, you know. Ah, here we are.”
He let them into the chamber.

Paul looked around at the comfortable disorder that to his mind went hand-in-glove with academics and sighed inwardly. “I can see this will take some time...”
Posted by A J at 17:56

I am happy to note that the Principality of Saxe-Bearstein has always been a center of aid and courtesy to all . . . well to all but those vile Stagonians.

Exciting story-telling with friendly 'EvE' references: excellent! Thanks for sharing.