Gentlemen, would anyone be interested in fighting a proxy skirmish for me? A situation has arisen where light forces of Hetzenberg and Dunkeldorf-Pfühl have clashed during a raid far from the main battle front. In terms of numbers the forces concerned amount to no more than three companies, one of which is militia, and a representation of four gunboats. A bit of a clue, there!

It's a scenario that could have a sizable impact on the war - and certain characters featured in the Chronicles. The results will be written up and posted on my blog, and published later in the third volume of the Chronicles with a full acknowledgement for the player(s) concerned. First come, first served.
Posted by A J at 07:33 2 comments: 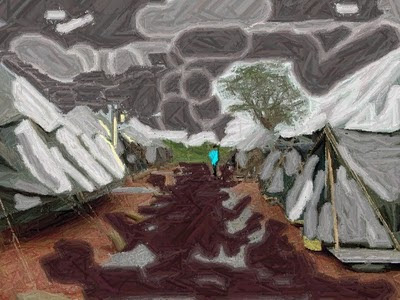 Back from an excellent weekend

My wife and I are back in town after she took part in the regional Sweet Adelines contest up in Peoria, Illinois. Her chorus, The River Blenders of Chesterfield, MO won! They go through to the international finals to be held in Houston, Texas next year. It couldn't happen to a nicer band of ladies!

On the wargaming front I'm busy with a new commission to paint some more Plains Wars figures for a fellow gamer. I find myself casting longing glances at the Rumtopft Dragoons and Hetzenberg artillery languishing in storage, waiting for me to clear the painting decks and get cracking on them. Hopefully, I'll be able to do something with them next month. In the meantime, I'm working on the next post in the Chronicles. As always, watch this space...
Posted by A J at 16:19 1 comment: 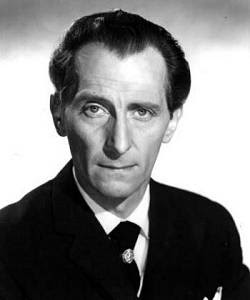 *
Some interesting footage here of the late, great actor Peter Cushing, indulging in his hobby of wargaming. Using H G Well's Little Wars rules and fought out on his study floor, you can't get more old school than this!
Posted by A J at 12:15 3 comments: