Tomorrow, we march on York! 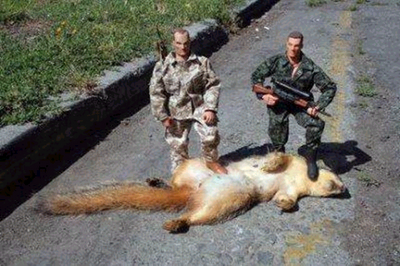 The best laid plans oft go awry. When I began the imaginations of Hetzenberg and Dunkeldorf-Pfuhl in the fall of 2007 I little dreamed of what lay ahead. My plan was to develop two small armies of a brigade (4 or so regiments) apiece with attached cavalry and artillery, all in 28-30mm, and record their battles here. Circumstances have altered my life to such a degree I can't continue the project for some months at least. Impending marriage and emigration tend to take priority, even over wargaming!
*
As my fictional account of events in my corner of Urope seems to be so popular, what I propose is to novelize the enmity between the Grand Duchy and the Margravate. Using methods suggested by Tony Bath in his seminal work "Setting up a wargames campaign" to create battles and encounters, I can continue to wargame, at least in an abstract fashion. The results will be dramatized and published here. Eventually, when I'm more settled, I'll resume the build-up of the actual armies. Any ideas, suggestions and comments are welcome.
Posted by A J at 04:21 9 comments: 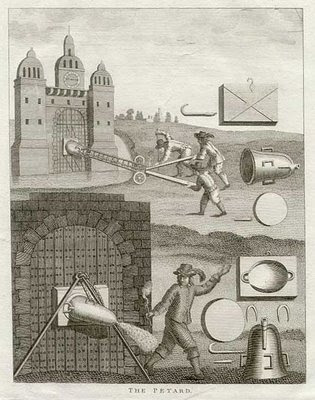 Mary Amadeus fell upon her belongings eagerly when they were delivered. Ursula noticed she handled the small brass-bound coffer with some care. "What's in that, Mary A?" she asked.
Mary glanced at Birgit the maid, who was busily folding bed sheets, and lowered her voice. "I have one or two surprises that may help us get out of here."
"I'm all for that!" Ursula growled. "Being cooped up in here for nearly two weeks has frayed my patience to the limit."
"Be patient a while longer, my dear, and we'll escape. Konrad should be waiting for us tomorrow night, yes?"
"Yes. At least our things arrived in time."
"Let us give thanks for that!" Mary breathed and crossed herself, which drew a curious glance from Birgit. "Birgit, go find something to do outside, there's a dear," Mary told her. "The Grafin and I wish to pray undisturbed." The girl bobbed a curtsey and left the room. Mary took the coffer over to a table, produced a small key and unlocked it. "I wasn't joking about praying, Ursula," she said. "One wrong move and…"
Ursula stepped back. "Oh my!"
Mary opened the coffer and took out a parcel tied with discolored string. She unpicked the knot, opened the parcel, examined the wool with open satisfaction and laid it aside on the bed. Taking up the string she coiled it neatly around her fingers. "Never dispose of a piece of string, you never know when you might need it," she said with a wink as she walked back to the table.
"I'd prefer a good long rope," Ursula muttered.
"You could grow your hair long like Rapunzel, and use it to hoist Konrad up to your room!"
"Rapunzel was an idiot! Why go to all the time and trouble of growing her hair so long to haul up her rescuer, when she could've used it to lower herself to the ground?"
"Fairy tales are seldom practical," Mary said equably as she set the coiled string aside. Taking up the cotton waste she found a small vial in the midst of it and tossed it aside. "We may need that later."
"Holy water?"
"Not quite!" she grinned. "Be a dear and fetch out the helmet you'll find under my bed."
Ursula found the article and handed it over to Mary then sat spellbound and watched her work.
Mary took the helmet and pointed to a pair of small holes in the crown. "This is where a plume or something was mounted," she said. "I can use it. Pass me that rosary and candle." Ursula handed them over. Mary fingered the rosary until she found a bead with a deep crack in it. "Just as I remembered," she said, placing the rosary on the stone flagged floor. Standing on the cracked bead she applied increasing pressure until it split in two. "My poor old grandmother gave me these before she died. I think she might approve of the use I'm putting them to. Now, pass me those eyebrow tweezers…"
Ursula watched spellbound as Mary went to work. First she threaded the two ends of the string through the holes in the helmet and set it upside down on the table. Next, using the tweezers she held a fragment of bead close to the candle flame until it began to bubble and spit. A wonderful scent of pine filled the air. "Amber is fossilized resin, which itself makes a useful adhesive," she explained, letting the melting amber drip onto the string where it protruded through the holes. "That should hold the fuse firmly in place."
"Just what is it you're making?" Ursula asked.
"It's a primitive petard," Mary explained. "A device used for blasting open doors. I intend to use it on that postern gate in the outer wall." She gently tugged the string and it held. "This isn't string. It's a slow fuse, timed to burn at an inch a minute. I made it to while away the time between other experiments. My father showed me how."
"Ah!" Ursula exclaimed as light dawned. "I did wonder why you chose that postern gate to escape through. Um… Petard. Is that as in 'hoist by his own petard?'"
"Exactly the same." Sometimes an engineer who tried to fire a petard didn't cut his fuse correctly so it went off prematurely. Quite often it threw the poor fellow high into the air, hence the phrase."
"Ick!" Ursula gulped.
"Well put." Mary dabbed her fingertips on her tongue and extinguished the candle before facing Ursula and taking her hands. "Now, my dear, if you love me you'll be quiet and go to your room until I've finished," she said seriously. "If this goes wrong, I don't want you hurt."
"God bless you and guide your hands, Mary A," Ursula said, kissing her cheek.
"Don't turn religious on me now, Ursula, or I'll really begin to worry!" Mary replied with a wink. "Now, shoo!"
Ursula left with a backward glance. Mary waved, feeling resigned. Her calculations had been thorough and she had a shrewd idea of the power contained in her new substance. Even the thick stone wall dividing the rooms would not make Ursula safe if the device went off. It was a dangerous course but the only one that offered escape. And I can do this! She thought, turning back to her work.
First she ensured that nothing was nearby that could throw a spark. Satisfied she pulled on a pair of fine kid gloves, took up the wool and packed it slowly and carefully into the helmet as if stuffing it into a bowl. When the whole spongy mass was tamped inside she laid the hemp wrapping over it and tucked it in all around. When all was done she released the breath she'd been holding for a long time and inhaled a fresh gulp of pine-scented air.
"Finished!" she cried softly.
Posted by A J at 02:34 5 comments:

...will be resumed on Thursday or Friday this week. Cindy is off back to the USA tomorrow for what will hopefully be a short separation for us.
Posted by A J at 05:42 2 comments:

The Hoppin' John has been consumed, New Year toasts drunk, the hangovers are fading (not that we drink anyway...), and an interesting year lies ahead. A few days before Christmas, Cindy and I received notice that our visa application has been approved! We'll see what other hoops we have to jump through - bureaucracy is never easy to deal with except in Hetzenberg where women carry muskets and men tread lightly...

In the meantime, Cindy and I wish you all a Happy New Year! May all your conflicts be the size of a tabletop and decided by the roll of dice.
Posted by A J at 09:29 2 comments: